Herbal Medicines that can help support GERD before, during and after using Zantac.

Some interesting news has come out this week from the FDA in the United States regarding Zantac containing a chemical that is possibly carcinogenic. These types of stories are eye-catching and tend to make the headlines of major news outlets. It is always important to look further into claims made by any organization, including the FDA.  Zantac, also known as Ranitidine, was put on the market in 1981 and was the top-selling prescription drug that year. Since then the drug has been available as an over-the-counter medication at many grocery and drug stores.

According to a FOX news report a carcinogenic constituent known as N-nitrosodimethylamine (NDMA), is labelled as a probable human carcinogen. The reason for this claim is based on studies showing that this chemical causes cancer in animals (Fox News, 2019). As of right now, no recalls are being recommended by the Food and Drug Administration since the amount of NDMA inside of the drug Zantac is in such small amounts. According to the US Environmental Protection Agency or the EPA, NDMA was formerly used in the production of rocket fuel (Foxnews, 2019). Many Pharmaceuticals that have been developed since World War II are a product of the petroleum industry, and NDMA is no exception.

Zantac is commonly prescribed for GERD, peptic ulcer disease, and for high stomach acid production that is often associated with heartburn. According to a professional resource out of the UK patient.Info.com heartburn and other discomforts in the upper abdomen were formerly classified as dyspepsia prior to 1991 (Patient, 2019).  The term has evolved into the acronym GERD which stands for gastroesophageal reflux disease.  One Belgian population study reported the prevalence of GERD in their population.  They found that about 20% of their population exhibited symptoms of GERD (Patient,2019). It’s easy to see why Zantac would be so popular and prescribed as an over-the-counter medication across the world.

So what is GERD specifically? Most often there are many different symptoms and can include:

There are many other conditions that can mimic the symptoms so it’s important to check with your healthcare provider to rule out any alarming conditions.  Other conditions with similar symptoms include:

Herbal medicine is a great ally for people with GERD and can help with pain management and even reduction of symptoms – without the same side effects as conventional pharmaceuticals. It has been shown that long term use of Ranitidine decreases the absorption of nutrients like magnesium, calcium, B12 and Vitamin C. This is the result of long-term suppression of stomach acid (Heidelbaugh, 2013).  This doesn’t mean that short term use of proton pump inhibitors (PPI) like Ranitidine shouldn’t be used but rather should be used appropriately. It is important to weigh the benefits and risks as you would with any other medication when applying it for any length of time.

So where does Herbal medicine come in?

Plants that we would use to help reduce stomach acid include Meadowsweet (Filipendula ulmaria) and to some extent chamomile (Matricaria recutita).

To help with protecting the stomach we would use anti-inflammatories like the resins found in calendula (Calendula off.) and the anti-inflammatory properties of licorice (Glycyrrhiza glabra).

For short and long-term GERD symptoms we would almost always address diet and lifestyle. Herbal medicine can help with returning the body to its normal way of functioning but diet and lifestyle are so foundational that we would need to make any adjustments needed rather than just throwing a plant at the problem. This should also be true when applying drugs like Zantac 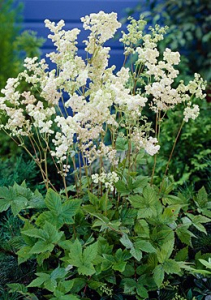 Meadowsweet is also known by its Latin name Filipendula is one of the few plants we would consider an antacid. This plant also acts as an anti-inflammatory, astringent, antiseptic and is protective of the mucosal barrier (Bone, 2007). Specific indications for Meadowsweet include:

Some of the active constituents inside of Filipendula include quercetin and salicylic acid. Both have been highly researched. This plant should be taken with caution for people who have a sensitivity to salicylates, like Asprin 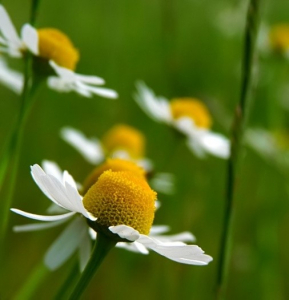 One of the most underrated herbs used around the US and Canada would be Chamomile.  This plant has a relaxing/sedating effect and is also anti-inflammatory and anti-ulcer. Chamomile is also mildly bitter and acts as a carminative to help break down and expel gas (PRC, 2018).  Some specific applications for chamomile include: 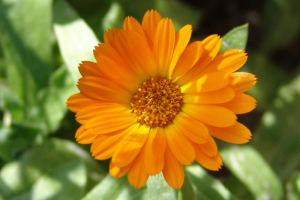 One of the most common plants found in a medical herbalist dispensary is the beautiful Calendula. We use the flower of this plant. The active constituents that help reduce inflammation include the resins, triterpenoid saponins and the flavonoids: kaempferol and quercetin (PRC, 2018).

This plant is very versatile and is commonly used for many topical applications including but not limited to diaper rash, cradle cap, eczema, cuts and scrapes. More specifically we also take Calendula internally for digestive inflammation and ulcers as well as inflammation in the small and large intestine. There is also a use for the calendula in the cases of eczema and acne as it has depurative properties. 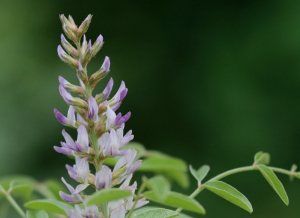 Another versatile herb that we use to help with many different symptoms and conditions is Licorice. Licorice is:

Gastrointestinal issues we tend to use licorice for are: ulcers, GERD, gastritis and to reduce inflammation of the gastric mucosa (PRC,2018).  Since Licorice is mildly laxative, we would also use it to stimulate bile flow and to help with constipation.

Some non-gastrointestinal applications that we would use Licorice for include: chronic fatigue syndrome, eczema, respiratory problems, and topically for viral infections like shingles and chickenpox.

Though Licorice is widely popular there are some specific contraindications to be aware of.   Licorice is not recommended for people who have edema, who are dealing with high blood pressure or congestive heart failure (Bone, 2007).

Herbal medicine can be used to help with symptoms for many different varieties of gastrointestinal issues. If there are any questions or comments please feel free to reach out and speak with an herbalist near you or through this blog. 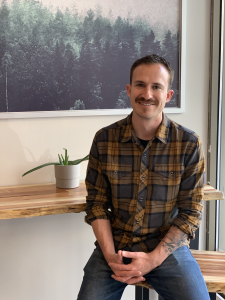 David is a Medical Herbalist practicing on Vancouver Island.  His holistic health path has led him to work with many different people operating a general practice at Apotheka Herbal Boutique with access to over 150 plants. He has a special interest and focuses his study working with families, including children, athletes and men’s health.  If you are interested please message for a free 15-minute phone consult to see how herbal medicine might be helpful for you. 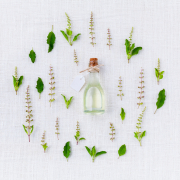 Different Types of Herbal Extractions and How to Understand Your Tincture S...
Scroll to top